CINGAL® is the first and only approved combination viscosupplement formulated to provide the benefit of a cross-linked hyaluronic acid and a fast-acting steroid.

CINGAL® is indicated as a viscoelastic supplement or a replacement for synovial fluid in human joints. CINGAL® is well suited for rapid and long term relief of the symptoms of human joint dysfunctions such as osteoarthritis. 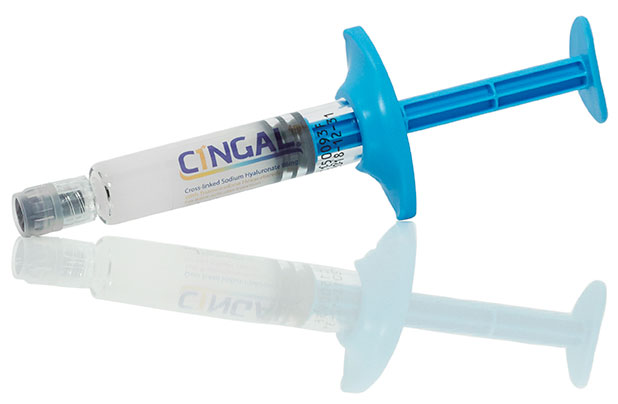 2. The unique function of CINGAL 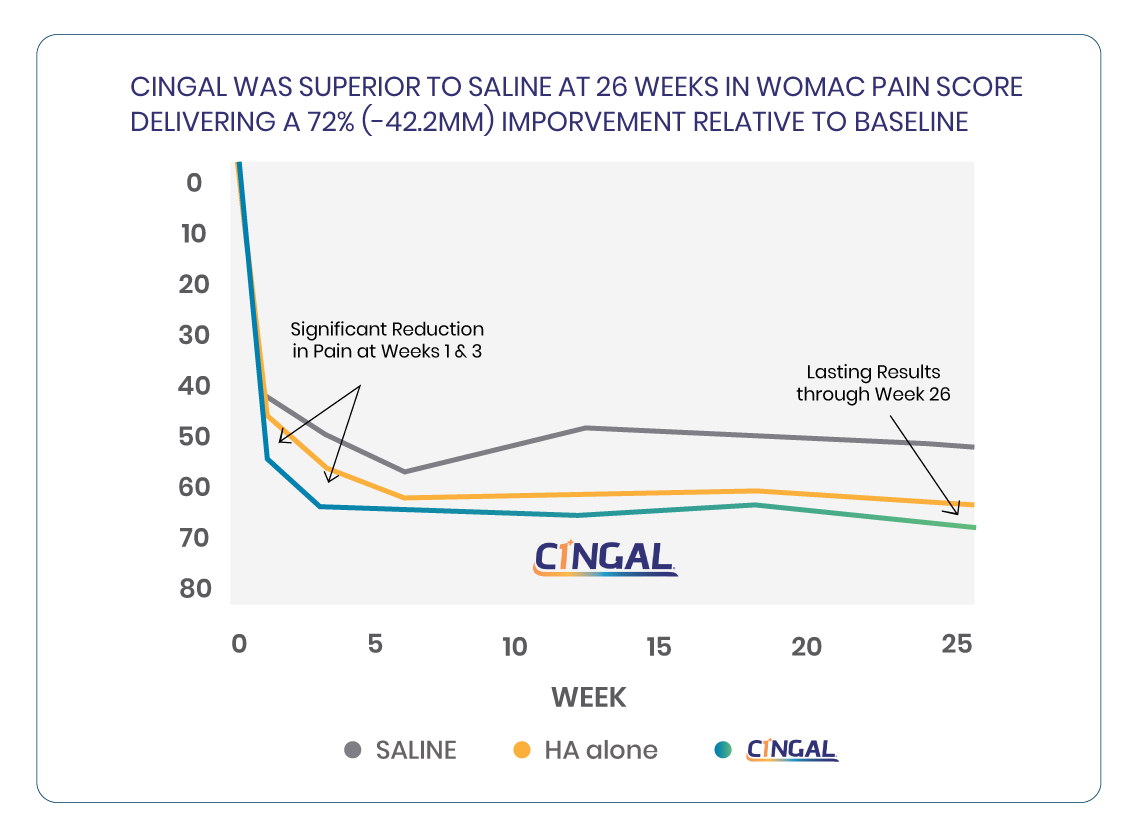 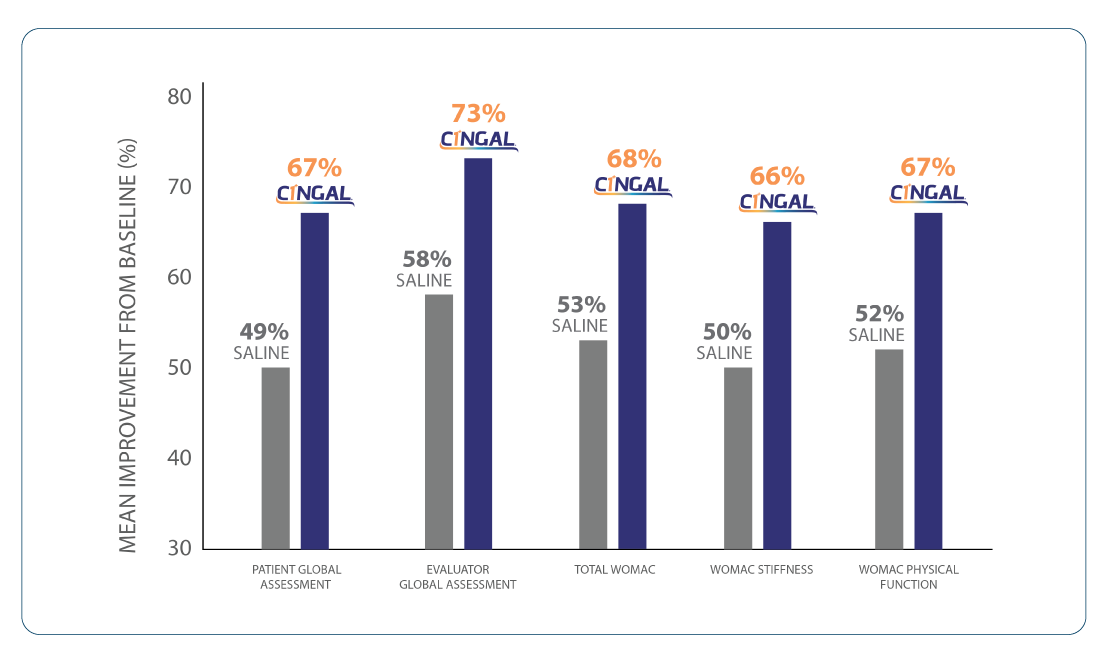 A retreatment was conducted in CINGAL 13-02 after the original Cingal study, CINGAL 13-01. The safety of a repeat injection of CINGAL was confirmed in the CINGAL 13-02 study.

In the CINGAL 13-02 study, 94 patients who had received CINGAL initially (from CINGAL 13-01), received an open-label injection of CINGAL 6 months after first injection. The primary end point of this study was adverse events (AEs). The key findings of the study were:

For more information on Cingal, please download the Cingal brochure.

Select the fields to be shown. Others will be hidden. Drag and drop to rearrange the order.
Click outside to hide the compare bar
Compare